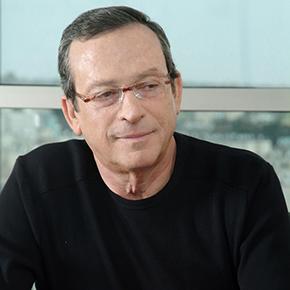 Mr. Yehuda Zisapel (EE, MSc, MBA, DHC) is the founder and the president of the RAD-Bynet Group, a pioneering association of privately owned and publicly traded Israeli companies that develop, manufacture and market innovative communications solutions. The Group’s management philosophy, which encourages a democratic and creative organizational environment, as well as a culture promoting young entrepreneurs, is considered to have been the principal growth engine for Israel’s hi-tech industry.

Today, RAD-Bynet Group companies employ over 4,800 people. Having surpassed $1.457 billion in sales in 2018, the Group is active in over 160 countries around the world. Over the years a number of former companies were acquired by other industry leaders.

Mr. Zisapel has also taken on a prominent role in the development and promotion of Israel’s emerging biotechnology sector in founding and serving as Chairman of RAD BioMed Incubator, Ltd.

He is active in spearheading a variety of innovative educational programs that benefit the community - especially in the periphery of the country. His passion for music has spurred his involvement in loaning quality violins to young, talented violinists in order to further their careers. His current avocation is composing musical works.

In 1982, Zohar Zisapel, together with his brother, Yehuda, founded RAD Data Communications, and is regarded as one of the fathers of Israeli hi-tech. In the course of the years, under the RAD Group umbrella, approximately 40 companies were established, of which eight underwent IPOs, 10 were sold and 10 closed. Four companies – Silicom, RADCOM, Radware, and Ceragon – are still traded on Nasdaq in the U.S. From 2009 Zohar started/invested in start-ups in the field of cyber security. A total of seven cyber security start-ups were established of which three were acquired. The cyber security operations of Microsoft and Continental are based on two of those start-ups and are centered in Israel. From 2014 Zohar started/invested in automotive technologies. Four start-ups were formed, one of which has already been acquired.

Before he founded RAD, Zohar served as the director of the Ministry of Defense’s electronic research department. In 1979, he was awarded the Israel Defense Prize. In 1994, he was presented with the Israel Export Award and was named Businessman of the Year. In 1996, he won the Hugo Ramniceanu Award for Economics, and in 2001 he was presented with an honorary doctorate by the Technion. In 2013 he was named an Honorary Colleague by the Academic College of Tel Aviv-Jaffa. In 2018 Zohar received the Industry award for the 70th birthday of the State of Israel.

Zohar holds a BSc and an MSc in Electrical Engineering from the Technionm and an MBA from Tel Aviv University.